Word of the Day: Qi 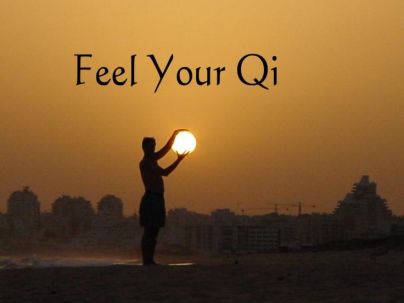 Today, I had my first acupuncture session. The treatment itself was exactly what I expected, but the after effects? Not so much.

But let’s rewind. I attended my weekly Wednesday vinyasa class (which was PACKED), and it felt harder than usual. I couldn’t figure out an intention for the class (a common problem), and I felt easily fatigued. But I decided to be patient with myself, realizing that yoga is also about listening to your body. So I took a lot of child’s poses but I also felt stronger and straighter in postures! Maybe this whole “be good to your body” thing is something.

Which leads us to acupuncture. I’ve always wanted to get it done to work on my chronic shoulder pain. My mother and I are big believers in Eastern medicine, so when there was  Groupon for 5 acupuncture sessions for $90, I had to jump.

The treatment was great. She talked a lot about my “qi” (energy) being stagnated and working on that. I realized that that qi is what felt different in yoga too. My presence is shifting from teeth-gritted, mentally-exhausted to patient and welcoming. I still have serious goals and get frustrated sometimes, but I’m less frantic about them, which I hypothesize will make me actually stick to my routine. In the past I would go hard on a workout plan and then burn out. I’m hoping yoga will be different.

After acupuncture, I was really worn out and had a terrible headache. But as the day wore on, my energy–my qi–could change quickly. I could jump from being sluggish to being active, or being frustrated to being sympathetic. I wonder if the pain–in yoga, in acupuncture–is a way of pushing out past habits and finding my new qi.

Learning. Living Loving. Currently doing a lot of Yoga. Journalist at NBC, Leadership Counselot at FTE, and Cofounder of The HBIC Project. View all posts by mmoverturf